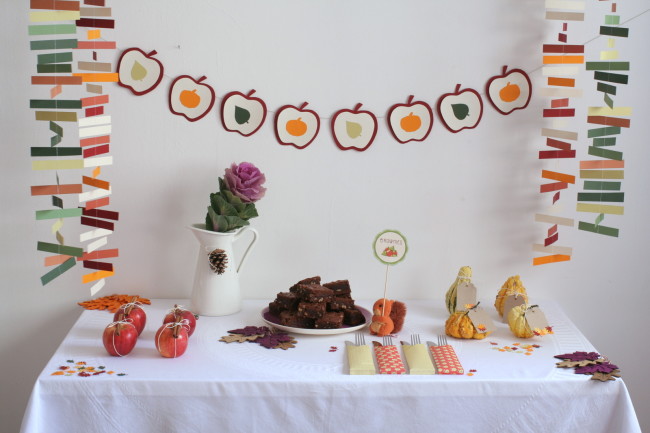 Do you remember my autumn dinner? After making my first animated GIF  I’m now going to show you more detailed photos of the set that I made, I hope you’ll like them and they’ll be a source of inspiration! 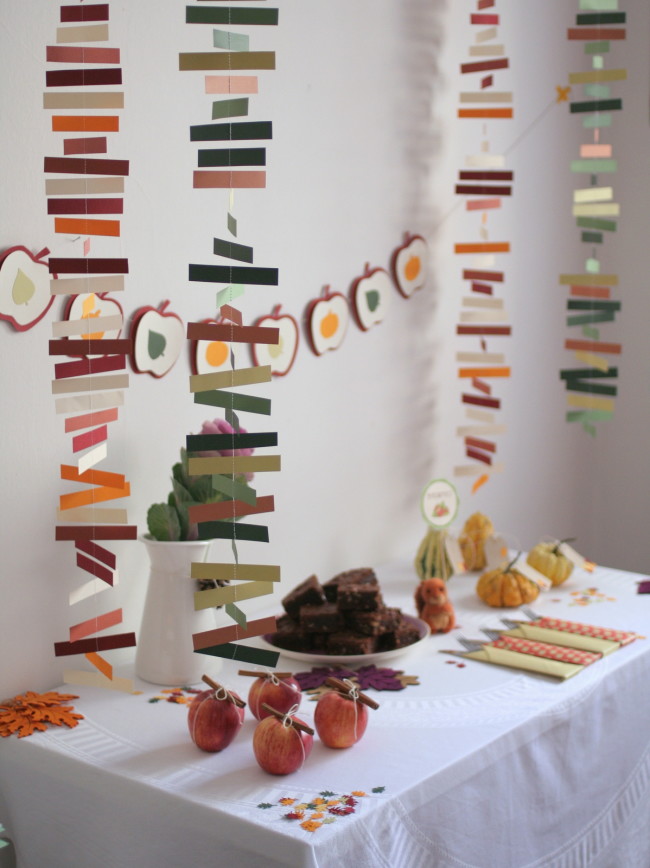 That dinner was full of dishes with seasonal products, but during the day I thought I’d make a set to show the decorations that I realized. For the garland with apples I chose cardboard sheets in the colors of autumn. It was great fun to make the garlands that you can see hanging from the ceiling (too bad I don’t have a picture of me on the ladder trying not to fall!). They are made with strips of cardboard paper machine stitched (and here there could be a long and tedious yet adventurous digression on the sewing machine used, an old Salmoiraghi, and I thank those who lent it to me, it works perfectly but it scares me every time I turn it on because it makes such a loud noise!). 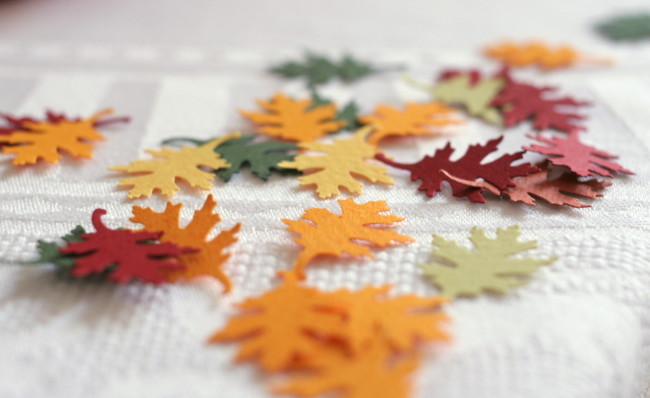 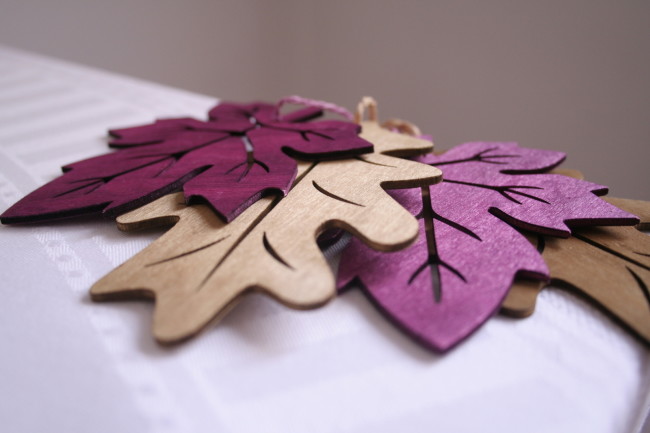 Coincidentally some time before the day of the dinner, while strolling in Milan, I found a punch that allowed me to make the leaves you see scattered around on the table, but I must tell you now (since someone asked me) that the largest decorative leaves are in wood and are a gift that I have received; they are from Villeroy & Boch, beautiful ! 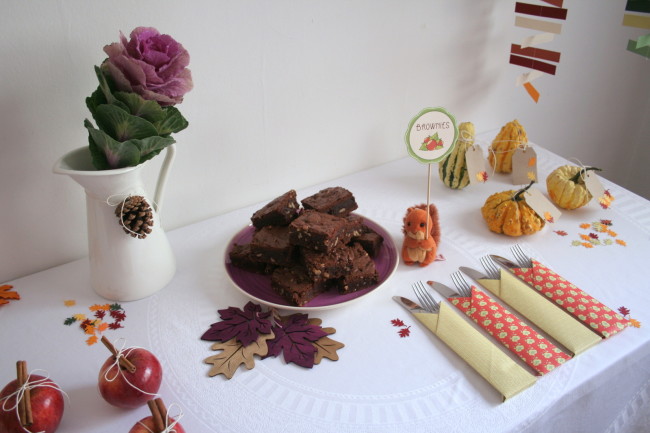 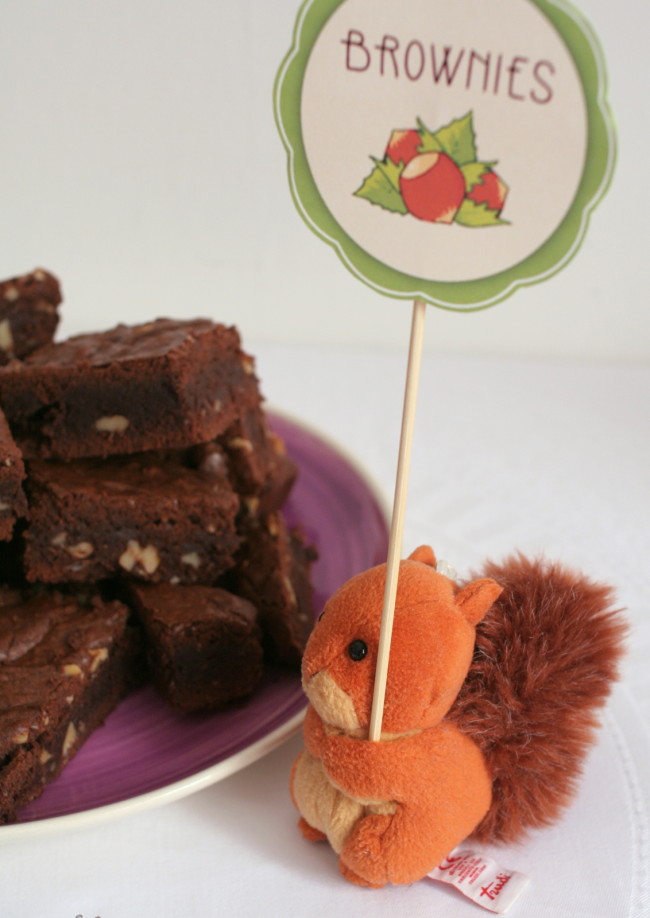 There’s more decoration than food on the set actually, but I prepared my legendary brownies; you’ll find the recipe at the end of the post, since even that I was asked several times! If you try it let me know how it goes, it’s a recipe that I have extensively tested!

And here’s the surprise! I can’t resist the “little friends” from Trudi… and so here it is, I call him Almond but he likes hazelnuts so he appeared as “special guest “, he’s so happy to announce that the brownies are ready… ahaha! 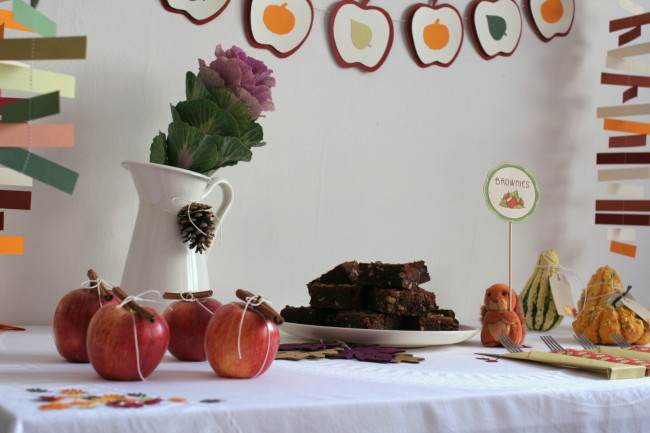 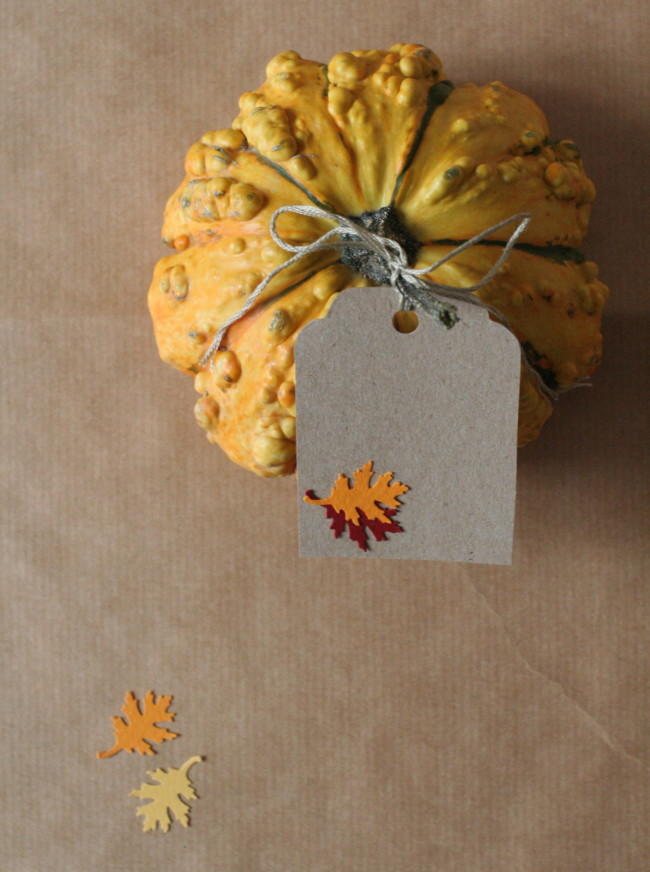 In the Ikea pitcher  there’s a flower that is of the family of cabbage and is found in this season. A simple pine cone and twine is enough to decorate the jug as I did. Isn’t that cute?

The pumpkins with tags served as placeholders, and the four apples with cinnamon were used as an original, lightly scented centerpiece.

Try to guess where I used Tiger origami paper! As cutlery holders, exactly. Would you like a tutorial to learn how to make them? It’s very easy and I’ll show you in the next post!

If you liked the handmade decorations and would like to have them, write me an email giovanna.rotundo@gmail.com 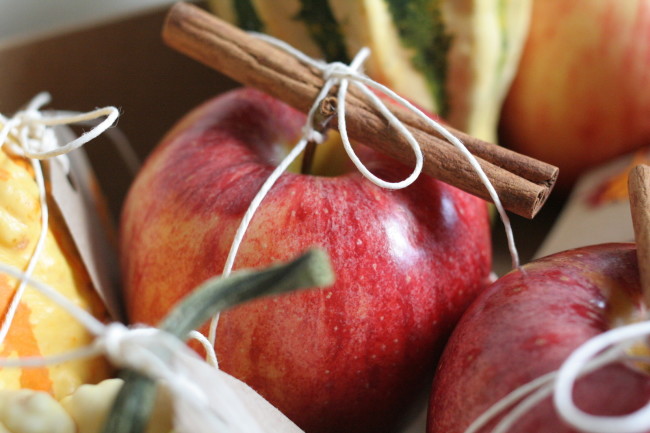 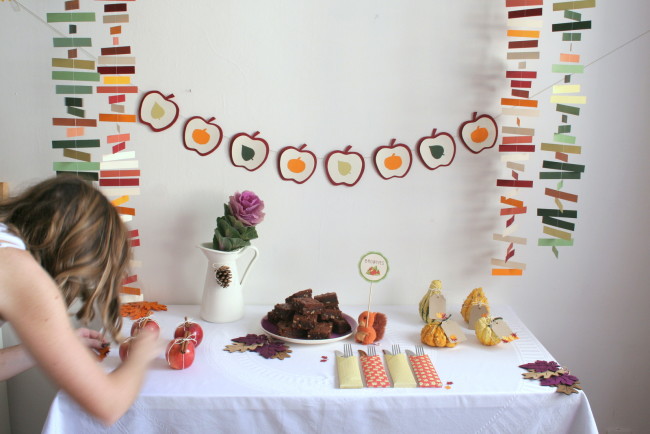 Daydreamland is an inspiring and creative blog where you’ll find plenty of ideas, fabulous crafts, amazing photography, and anything pretty that catches my eye. 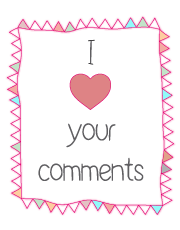